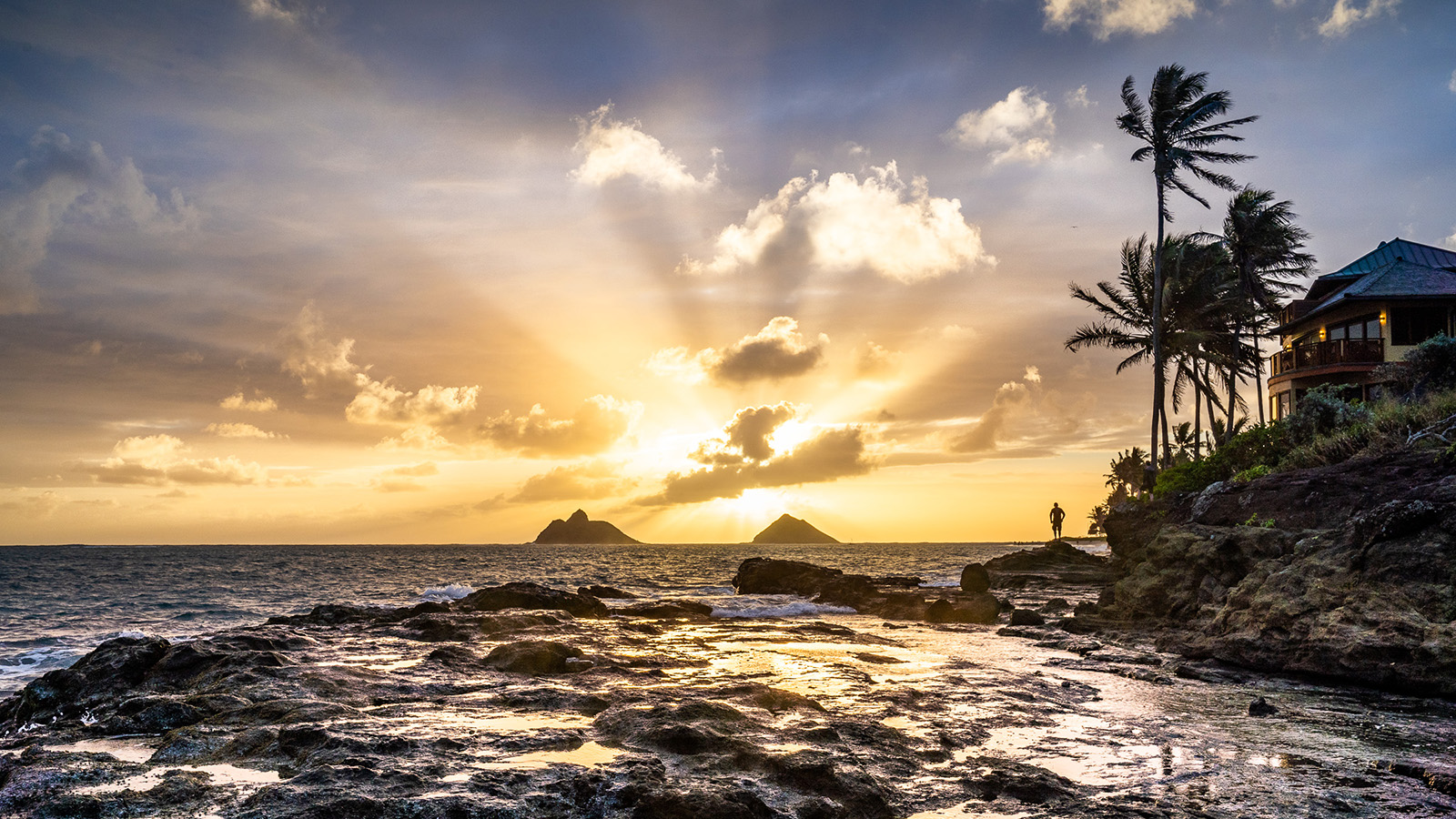 Jen and Darin had never met me…or spoken with me…and Jen didn’t even know I would be there taking care of her beach proposal photography. Of course, she also didn’t know she would be part of an awesome Kailua Beach proposal either! Darin and she had met in a bar during the time Jen lived in San Antonio, Texas. Stationed there as an army nurse, she likely didn’t have high hopes of meeting the man of her dreams, especially one who rivaled her six foot frame! In pops Darin on an August evening with friends and their attraction was instant! By December, Jen had been reassigned in Hawaii to Tripler Hospital leaving Darin in Texas and their relationship long distance. Darin was far from daunted.

To plan this proposal, he enlisted the help of Jen’s friend and co-army nurse, Loren. Loren contacted me to “happen” to be on the beach at the same time with my camera. How did I blend in? Wearing a bikini top and pretending to take selfies, of course!

Darin had the whole thing nervously planned. He had flown out to Jen’s hometown in Washington State secretly to ask for her parents’ blessings. While there he took photos and video footage to share with Jen once on the beach. He then presented her with a gift, which led to him getting down on one knee.

Meanwhile, Loren and her husband Rob had conveniently “forgotten” something back at the house and “gone back” to get it. Returning with wine to celebrate, a recount of the proposal and a witness to the excited FaceTime call to share the engagement news with family.

My cheeks have never hurt so much from smiling! Thank you to Darin for trusting a complete stranger to take pictures of your proposal, Jen for saying yes (like that was ever in question!) and Loren & Rob for being such awesome friends! Yes, Jen, this was the “best day ever”!

Are you planning a marriage proposal, let’s talk about having us there as your official proposal photographers.