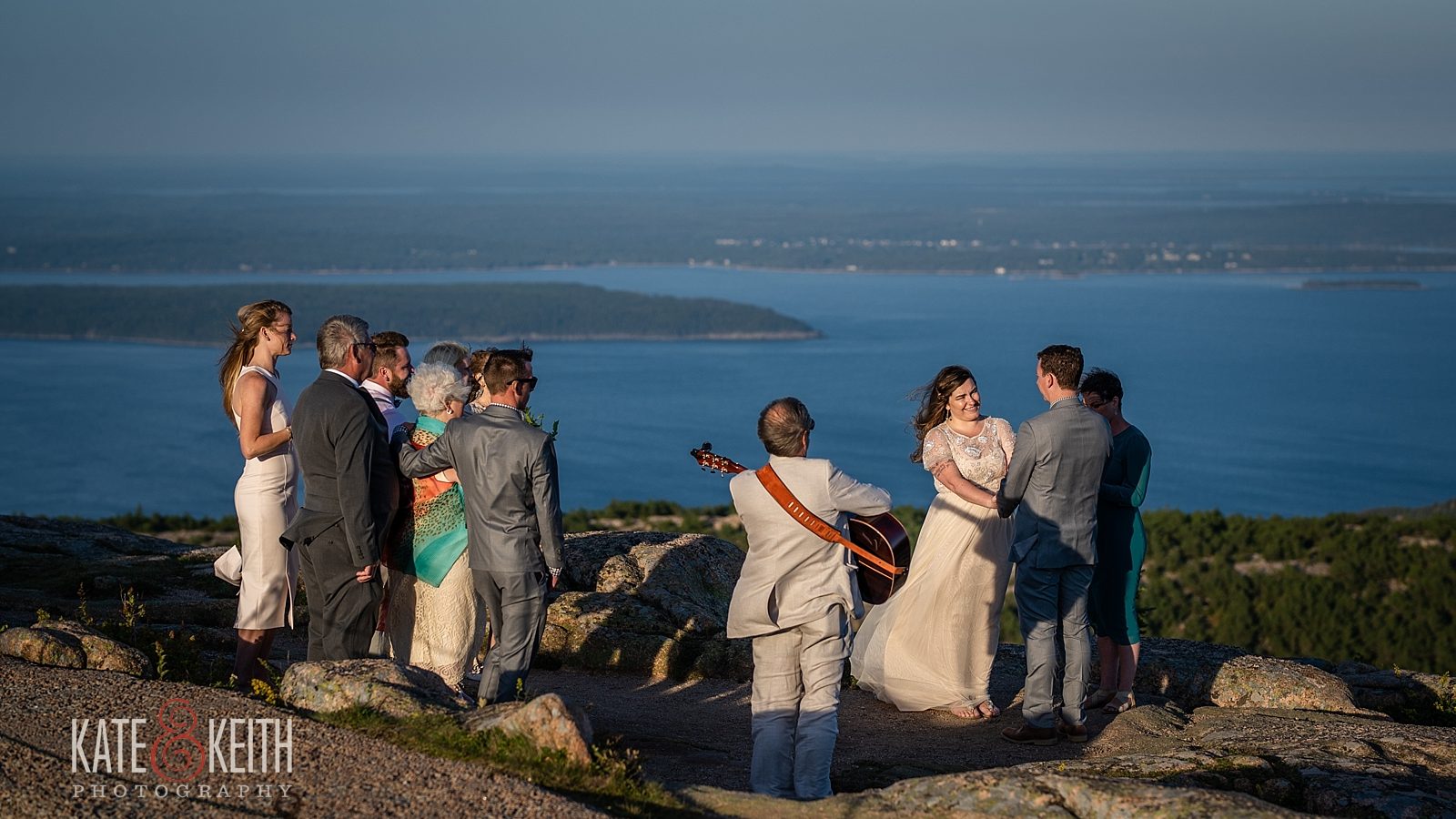 Libby & Steve are no strangers to adventure. Midwesterners, they drove out to Maine for an  Acadia National Park wedding. As their wedding photographers we were thrilled to be included with just twenty other people on a tour of the park that ended with an afternoon ceremony on top of Cadillac Mountain! 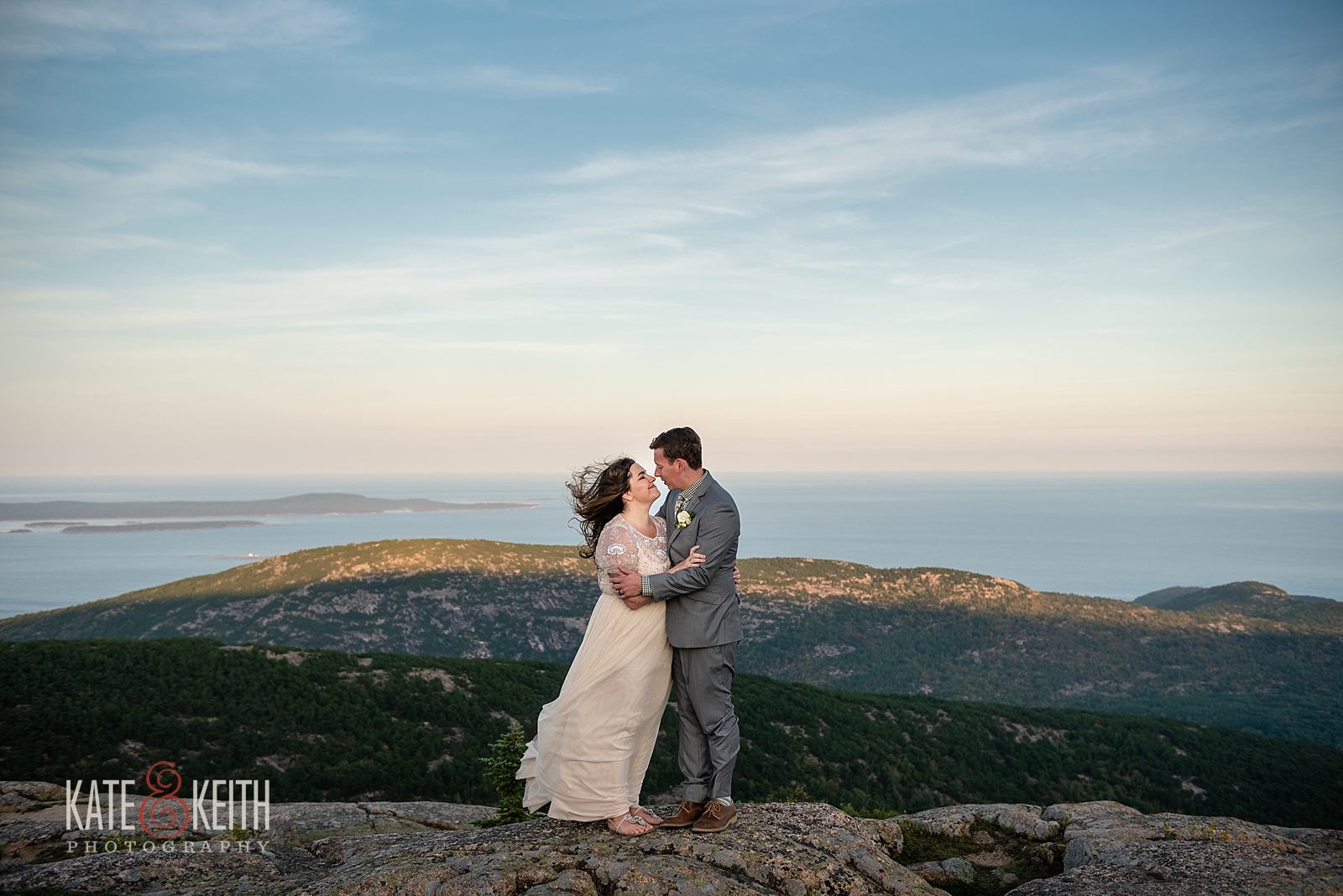 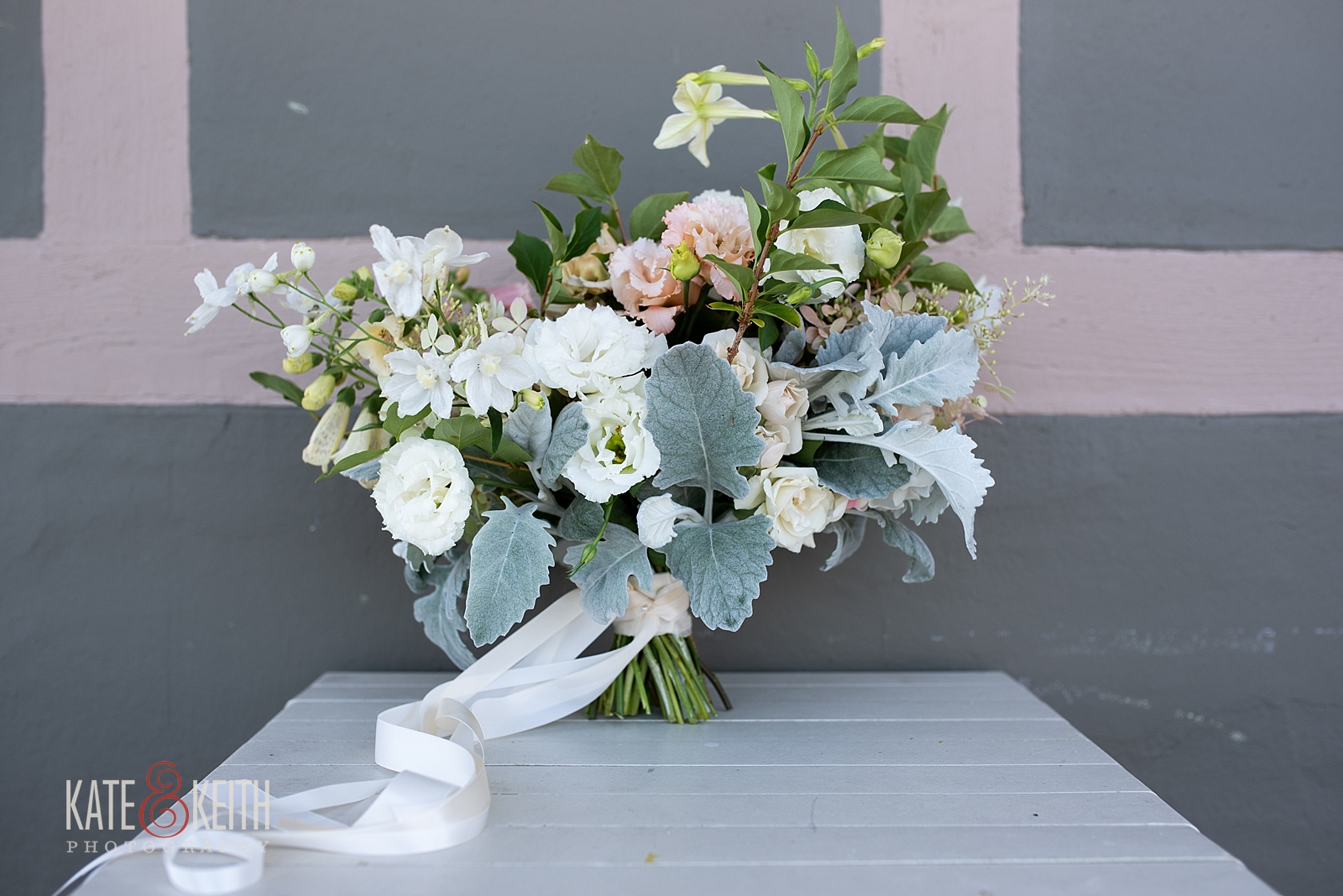 One of the things we love so much about Acadia weddings is they bring couples from all over the country. Couples who fall in love with the beauty of Mount Desert Island. And usually include an Acadia National Park proposal.

Steve proposed to Libby the summer before on Cadillac Mountain. They were walking the summit loop and asked someone to take a photo of them. He had something else in mind though. And obviously, Libby said yes!

Libby’s family has a place mid-coast so grew up knowing Acadia. However, she grew up in Ohio, where she met Steve when they were two years old. No, this is not a love-at-first-sight story. Although, that would be amazing.

At age two they had the same babysitter. However ended up going to different schools. They reconnected in high school, but didn’t start dating until their ten year reunion.

Both Libby & Steve work in the service industry. Libby at a restaurant, Steve at a brewery. Her parents are from Maine and raised her visiting Acadia. Steve knew it needed to be a special place for him too with Libby in his life.

It’s hard not to fall in love with Acadia National Park. It’s a unique park in that there are so many entry points. It feels far less remote than the national parks out West. However still offers great hiking, with the added benefit of a great dinner out nearby afterwards.

Acadia is a great mix for Libby & Steve’s personalities. Steve, having hiked part of the Appalachian Trail, is an outdoors lover. Libby appreciates a great view, but also enjoys a comfortable bed.

Their wedding plan included a road trip from Cincinnati to their family house in Phippsburg. From there they would venture Downeast to Acadia. Staying at a hotel in Bar Harbor, they left the entire day Wednesday for the wedding.

Early September is one of the most amazing times of year in Acadia. The crowds in Bar Harbor lull with school sessions starting. Summer warmth remains, sunsets are stunning, and local farms are reeling in their harvests. It’s the perfect combination for a casual and adventurous Acadia wedding.

Libby & Steve prepared in their hotel rooms. Then hopped a bus for a tour around the park to take photos. We hit all the spots parking was allowed. Getting photos of them in their favorite places. And letting family and friends take in the best of Acadia National Park.

Bar Harbor is often the most common place for Acadia weddings. However, our vote is always to get outside. Libby & Steve’s final stop was atop Cadillac Mountain. There was no concrete plan, so we roamed the summit for the perfect spot.

The wind was fierce, as is often the case on Cadillac. But we found a place to create a semicircle around Libby & Steve while they read their personal vows. Views of Dorr Mountain behind them, it was an epic place to get married. And may have resulted in Acadia National Park ranking higher in Steve’s most favorite places.

As outdoor weddings are always subject to unplanned elements, this one was no exception. However it wasn’t a result of weather. The bus broke down on the way out of Acadia and back to Bar Harbor. Still a few miles from the hotel, we had an Island Explorer bus rescue us before it was completely dark.

In the end, it was a pretty painless way to add some more adventure to this Acadia National Park wedding. And a fun addition to Libby & Steve’s wedding story. There must’ve been loads to smile about on their drive back to Cincinnati.

If you’re planning an Acadia National Park wedding, Bar Harbor wedding, backyard MDI wedding or other equally adventurous wedding? We’d love to chat with you about being your photographers! Head over to our contact page and get in touch with us in whichever way works best for you!