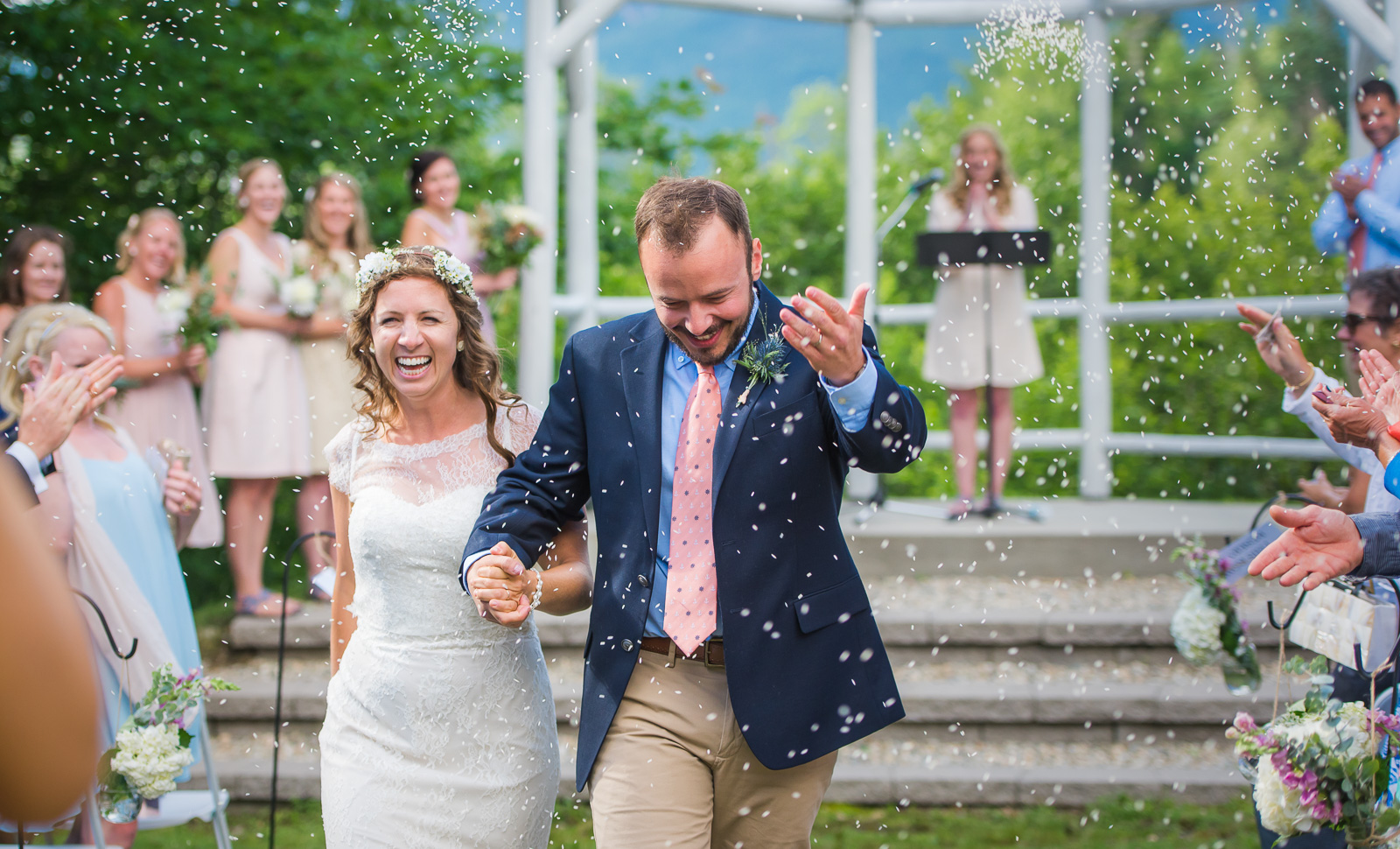 To set the stage for this epic Waterville Valley wedding weekend let’s start at the beginning. Katie & Mike met in 1st grade, seriously, that’s where this love story begins. While they dated in high school, college came and they felt they were too young and going in separate directions. Katie said she wished they would have met eight years from then.

Well, Katie moved to Tahoe to teach, taking her 5 years down a road that didn’t include Mike in the same zip code but still lingered in her heart and mind. Wanting something bigger out of life she left California and joined the Peace Corps.

Mike went to UNH for college, the same as Katie. And while she went clear across the country, he stayed in NH. He began work with Anheiser Busch after graduation, then a distributor and now Sam Adams. He basically has his dream job, meanwhile on the side he is a pretty amazing landscape photographer.

Fast forward to 2013. Katie is back in NH. Aside from a lingering friendship and hookup at a mutual friend’s wedding, she & Mike had only been “what if” thoughts to one another.

One lunch turned into a snowboarding “date” in December, followed by a night of beers at the Woodstock Brewery. They got closer, and by the end of the night locked lips. They were back! The timing was finally perfect and nothing stood in their way.

With two dogs, Barrett and Stella, they bought a home in Portsmouth, New Hampshire. Mike proposed on the shores of Lake Winnepesauke and in one year planned their Waterville Valley wedding.
This is where we came in. Mike met us at a cafe to chat. Meeting solo with the groom is definitely a bit different for us! But after asking what cameras we used and engaging in photo nerd talk, we understood why. The fact that we passed Round 1 with Mike is an honor!

We finally had the wonderful pleasure of meeting Katie for the engagement shoot and we instantly fell in love. Not just with her, but with the energy between her and Mike. Katie’s laugh is infectious. The kind that scrunches up her nose and makes her eyes smile. The kind that makes your whole day seem wonderful. The kind that makes Mike come to life with a childlike gleam in his eyes.

We wandered around their stomping grounds at Odiorne Point and can’t remember taking a single picture. It was all about laughter, jokes, climbing trees and sharing stories. And more than anything we couldn’t wait for this wedding.
The day before broke out in a downpour which accelerated to violent thunderstorms. The tent was ballooning inward with gallons of water. Their rehearsal party was relocated from the beach indoors.

Wedding morning the clouds separated slowly, and the sun came out. Covering the golf course with a shadow for the boys in the morning and releasing to bright rays by lunch.
Katie and the girls enjoyed a private yoga class taught by a friend/instructor followed by an impromptu brunch.
A quick drive North to Lincoln for more snacks, hair appointments and mimosas.

Just like that it was wedding time. Katie, surrounded by her ladies, casually got ready while Mike finished writing his vows.

By the time the trolley arrived it was full sun and amazing views. Mike shared his vows which included laughter and amazing devotion to this women he had always been in love with. Katie read excerpts from her journal over the many years Mike had made multiple, important appearances. From holding hands to breakups and always being in her heart.

This is a love story that moved us both to goosebumps and a true respect for these two. Their constant admiration for one another has been a bond that proved unbreakable. If nothing else, their separation only allowed them to grow closer, albeit years later.

And so begins the rest of their lives. Surrounded by not just friends but a fan club. Their biggest supporters, and devoted rooters of the Mike & Katie love story.
We hope our paths cross many times over again.

Planning a Waterville Valley wedding or dreaming of an equally epic weekend wedding in the White Mountains? Give Kate & Keith Photography a call!!!