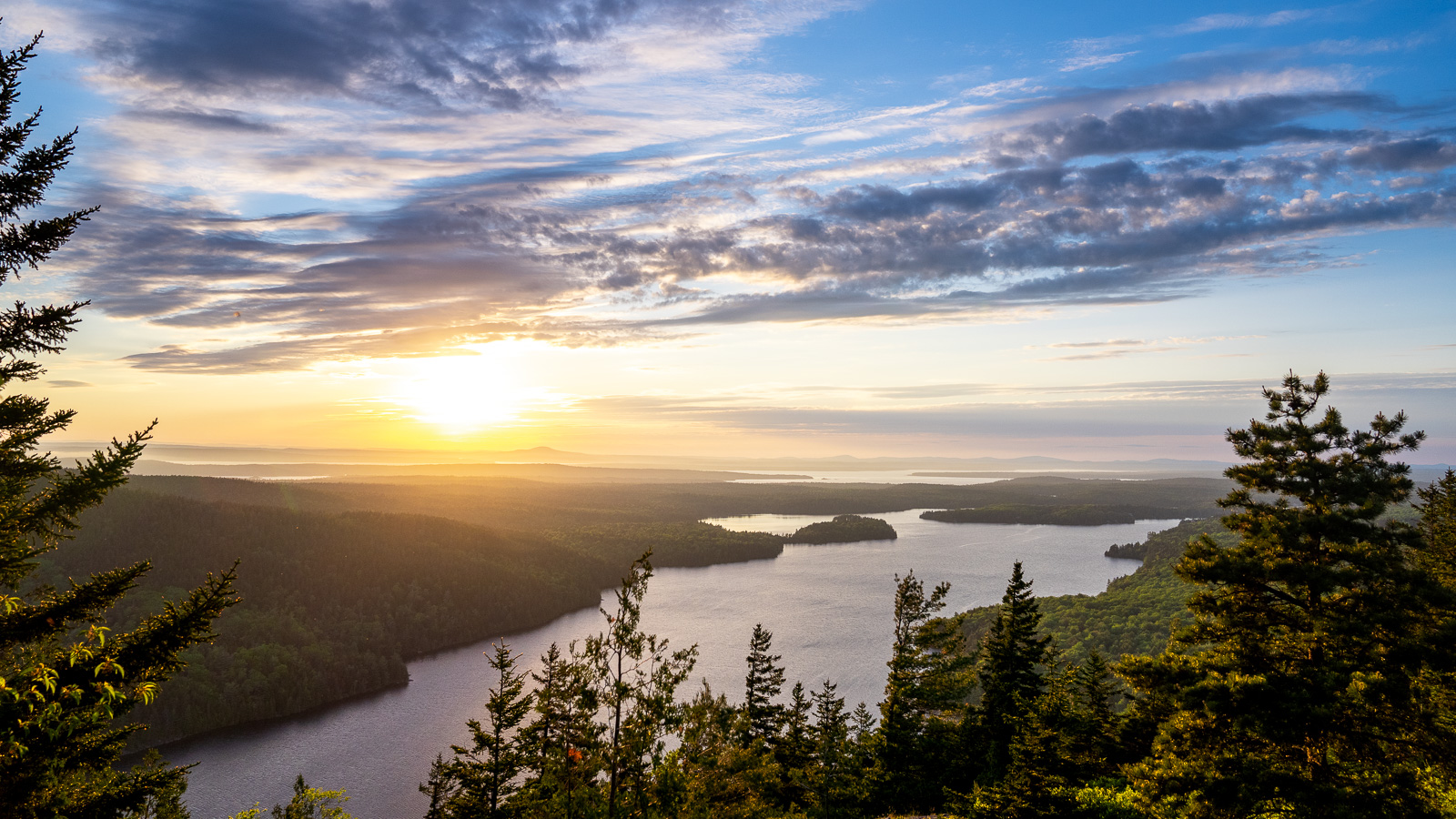 Hidden Pond, this southern Maine seacoast wedding venue is definitely one of our favorites. It’s a total hidden gem of a resort in a wooded enclave in Kennebunkport near the ocean. Dana, having grown up in Haverhill is all about the seacoast region. Mike, while from Michigan, takes every opportunity to be in the water, wether in a wet suit or on a boat.

Ironically, Dana admits to not being one for the nautical theme, preferring to enjoy the landscape of the ocean rather than be submerged. Mike loves everything water. He probably would’ve opted for a wedding on a flotilla if it had been presented as an option.

Hidden Pond was the perfect compromise, a Maine seacoast wedding venue with rustic charm. Between the winding wooded paths, modern reception barn, and amazing culinary team, the weddings there are magazine worthy. Being so close to the ocean keeps the sea breeze in the air and abundant photo ops. Plus, it acted as a destination for both sides of the family.

Dana and Mike met while at Babson College in Wellesley, Massachusetts. Both in Greek life, mutual friends introduced them. After college they ventured together to Washington DC for two years, before landing in Detroit where they now happily call home. Along with Ollie, their rescue dog who happily lays around with high ambitions to be a lap dog.

We met Dana & Mike for an engagement session while they were back in the area visiting family. It was instantly obvious that they are a couple whom don’t take anything too seriously and are perfectly capable of laughing at themselves…and each other. Most guys joke during the engagement shoot that they feel super awkward. Mike is the guy who embraces this and aims for awkward while Dana laughs at him.

Seriously, Mike has a perma grin that we aren’t sure ever disappears. He is a goof right down to the core, with a contagious sense of adventure. It’s easy to get drawn into his sense of humor. Right before the ceremony he noticed some of Dana’s makeup had rubbed off on his collar. The idea of wiping it off with water and a black cocktail napkin turned disastrous as the mark turned into a dark gray blob. Dana shook her head with a laugh as she watched Mike make it worse before stepping in.

Dana is definitely no bore though! Always laughing, and one of the most fashionable girls we know, she is adventurous, intelligent and funny. Her phone case has ears. She fearlessly wears Patriots attire in Michigan. And she taught us what “Tweetstakes” are. Working in promotions and advertising, Dana’s smart and wit are put to use.

We envision these two playing pranks on one another when age gives way to accidental toots upon laughing. And having a family where the kids are the ones who say, “but seriously.” Envisioning Mike, who works in finance, saddled up at a desk in a suit is hard to picture. Unless of course, we throw a plaid shirt on him with a fleece vest. Picturing Dana dealing with car trouble on the way to a PTA meeting only works when we put her in heels, a silk blouse and a greasy tire iron in her hands.

So, yeah, a little rain on wedding day wasn’t going to phase them in the least. There was never really any question where the ceremony would be taking place as it became a BOYU event. The rain subsided before their “I do’s” and made way for the party to begin. And yes, we confess to daring Mike to ride down the aisle on the bike. His eyes gleamed with excitement before coming to the conclusion that walking his mom down the aisle as planned was probably the better move.

Dana & Mike’s Hidden Pond wedding was every bit as nautical as Dana wanted, with every ounce of moisture Mike hoped for. Followed up by a European adventure, to places with lots of Z’s, Sch’s, and ‘burgs, they made it back to Detroit to begin married life with Ollie happily back on their laps.

Are you looking for a wedding photographer for your Maine Seacoast Wedding venue or other equally epic adventure? Send us a message, we’d love to hear all about your plans.