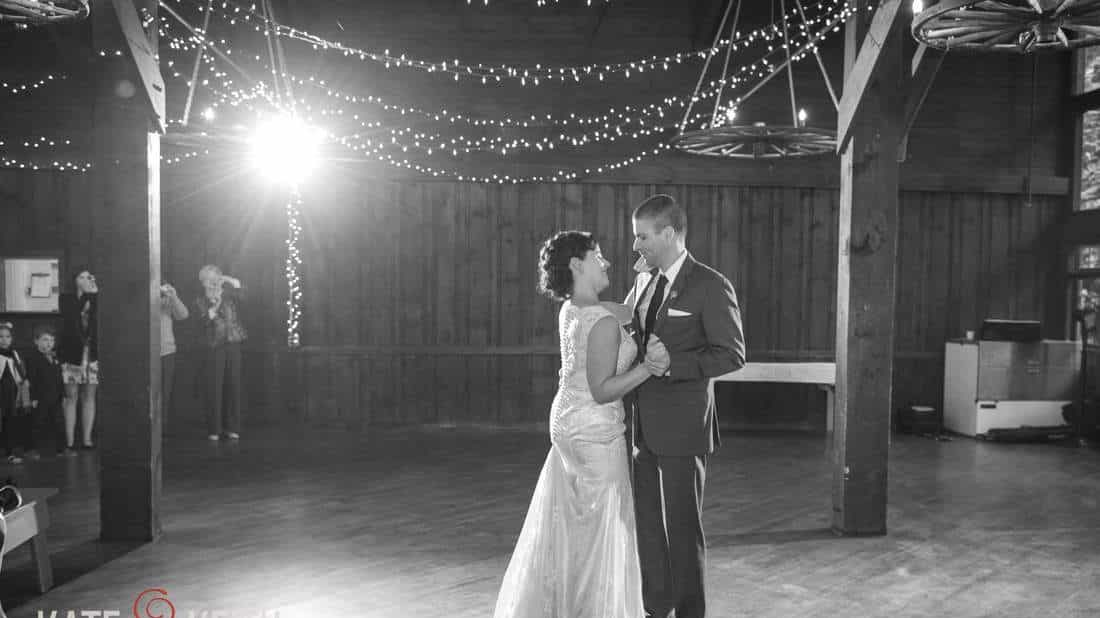 What do canoes, periodic tables and lobster all have in common? You’ll find them all at Camp Withamerriel, New England’s hottest new Maine camp wedding venue! Don’t get too excited, because there will never be another wedding there again! (You’ll have to settle for the awesome Camp Wazi instead!)

Beyond Sebago Lake in the further reaches of Waterford, Maine stands Camp Waziyatah on the shore of McWain Pond. But Amanda and Dave took it over for the weekend of September 24th and rebranded.

Amanda and Dave met at Syracuse University their freshman year. Day 8, to be exact. Living across the hall from one another, they both have plenty of Shady Pete stories and rowdy nights cheering court side. However, and we still don’t know why, they didn’t start dating until senior year.

Amanda is from Wells, Maine where her family still lives. One of three, she is the queen of organization coming in handy for friends’ wedding planning.

Dave is one of two, from Ohio. Majoring in journalism was only a ploy to get court side for ‘Cuse games. Since graduating in 2004 he has been working in graphic design, most recently on a large rebranding project for a Maine camp wedding venue.

Their timing may have seemed odd as their post college careers drew them to long distance love. Amanda moved to Chicago where she worked in the finance industry.

They now are reunited in Astoria Queens where they’ve lived for 5 years. Amanda works in the finance division of an electrical distribution company in the Bronx, traveling frequently.

Amanda & Dave headed back last February to Syracuse for a weekend basketball game, joining college buddies. They took a walk to their old dorm to “show the wives” and Dave proposed.

Knowing they wanted to get married in New England, the hunt began for the perfect venue. And so began Camp Withamerriell (a merge of their two names.) Dave got to work on the website, Amanda created Save the Dates, a la Without A Paddle. The Syracuse gang was all assigned roles, the Maine and Ohio troops rallied and a wedding weekend was born.

We met them in York over the early summer for an engagement shoot, walking the beach, meandering the arcade and flirting near the ice cream shop. Amanda & Dave are intelligent, fantastically creative and adventurous. We adore them. Their families and friends followed suit, stocking the walk in fridge with enough food for an apocalypse. “Coble” provided the wine from his Okai CA winery, Terry brought her hair styling skills, Vicki rallied her inner hostess, Pat registered the campers and Jeff cleaned up at the Cribbage table.

Friday night commenced with a pizza dinner and five round trivia showdown. The night ended with newfound knowledge of Maine having 1.33 million residents and acoustic renditions of Flower Girl from Dumb & Dumber. Saturday was both endless and over in a moment. Mist off the lake, groggy PJ wearing chefs and the transformation into a wedding venue.

While the temperatures were a bit chillier than expected, fires remained going into the night and the wind died down enough to have an outdoor ceremony. The night began with a lobster bake, paying homage to Amanda’s grandfather who was a lobsterman. The Crabshack Band kicked off the dance party. And a campfire ended the night.

Amanda & Dave pulled off an amazing weekend long Camp celebration. A science theme with beakers, test tubes and a periodic table for a seating chart. Pick your own farm flowers for bouquets, a donut tower for a “cake”, and lots of wool blankets. Seriously a giant pile of wool blankets. And best of all, an amazing group of people.

Until next year at Camp Withamerriel, we remain your devoted camp goers!

Are you looking for a wedding photographer for your Maine Camp Wedding venue or other equally epic adventure? Send us a message, we’d love to hear all about your plans.