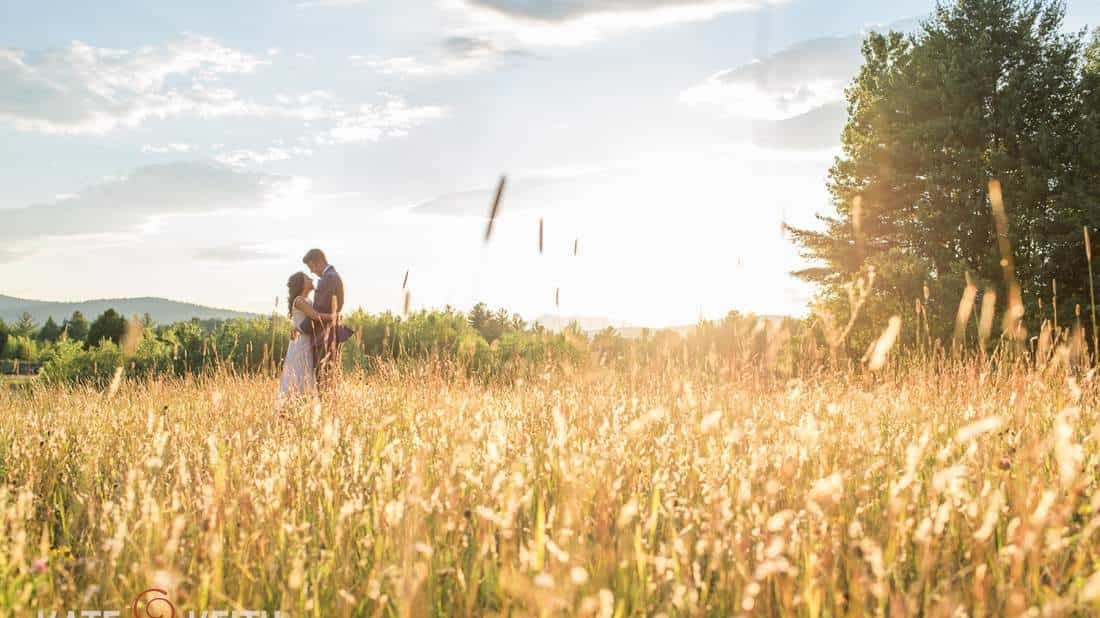 There is a certain magic to summers in Maine, between the long days, golden light, loads of activity and carefree living. The Stone Mountain Arts Center is a Maine barn wedding venue that captures this in a way many other venues can’t. They take a local feel, combine it with music and culinary talent and place it on a dirt road seemingly in no where. Well, it’s not quite that remote, being only half an hour or so from North Conway, NH. But this secluded rustic barn venue is a wedding photographer’s dream.

Lauren & Tucker weren’t originally planning on the venue, despite it being a familiar place. Tucker grew up on a farm in Wolfeboro, NH in the lakes region surrounded by open vistas. With everything from chickens to pigs, the current prize crop is NH strawberries and maple syrup. He had us hooked with that!

Lauren is from Wellsley, having grown up with an identical twin sister. They both attended Plymouth State University where Lauren met Tucker in their senior year. Four years later they had bought a house together in Tuftonboro, a fixer upper, ready for a new beginning with Yorkies Teddy and Henry.

Lauren had been heavily hinting to Tucker about marriage. They had gone ring shopping, but yet nothing seemed to transpire. Little did Lauren know, this had just been a ploy to determine Lauren’s finger size. They had a trip planned to Mexico with family. Twelve members of Tucker’s family were already in the loop about his plans.

Tucker told Lauren he wanted to take her out on a date night in Mexico, away from family. They found a restaurant, ordered their meals and he slipped off to the bathroom where his step father was in hiding with the ring. Tucker proposed when he returned to the table, completely surprising Lauren and beginning their whirlwind wedding planning.

They wanted to find a lakes region wedding venue and stumbled upon the perfect location. Unfortunately, it wasn’t meant to be and they were left needing a Plan B. Enter SMAC! While not in the lakes area, or even in New Hampshire, it captured a number of unique qualities on their list. From being low key and rustic, to having an incredible staff and fun vibe! It felt like a perfect fit for a wedding more reflective of their personalities and desire to celebrate with family and friends rather then being caught up in the specifics of traditions.

Tucker works for a landscaping company in Wolfboro while Lauren is an education assistant. They are both down to earth, loyal, and full of passion for life, from running races to time on the farm with quiet moments with the pups.

The Stone Mountain Arts Center has a rich vibe of culture and history, with a literal stage for an alter, timber frame adjoined barns and music relics throughout from both local and national artists. There are three separate areas, the “green room” for getting ready, a concert hall which converts to tabled dinner seating, and the barn which acts as a dance hall. All along a dusty road winding between fields.

Lauren & Tucker celebrated in this hidden gem in Maine and brought the house down. Surrounded by an adoring audience, and an amazing behind the scenes team, they made this a night to remember!

Have you found your Maine barn wedding venue and looking for a Western Maine wedding photographer? or dreaming of an equally epic weekend wedding? Give Kate & Keith Photography a call!!!