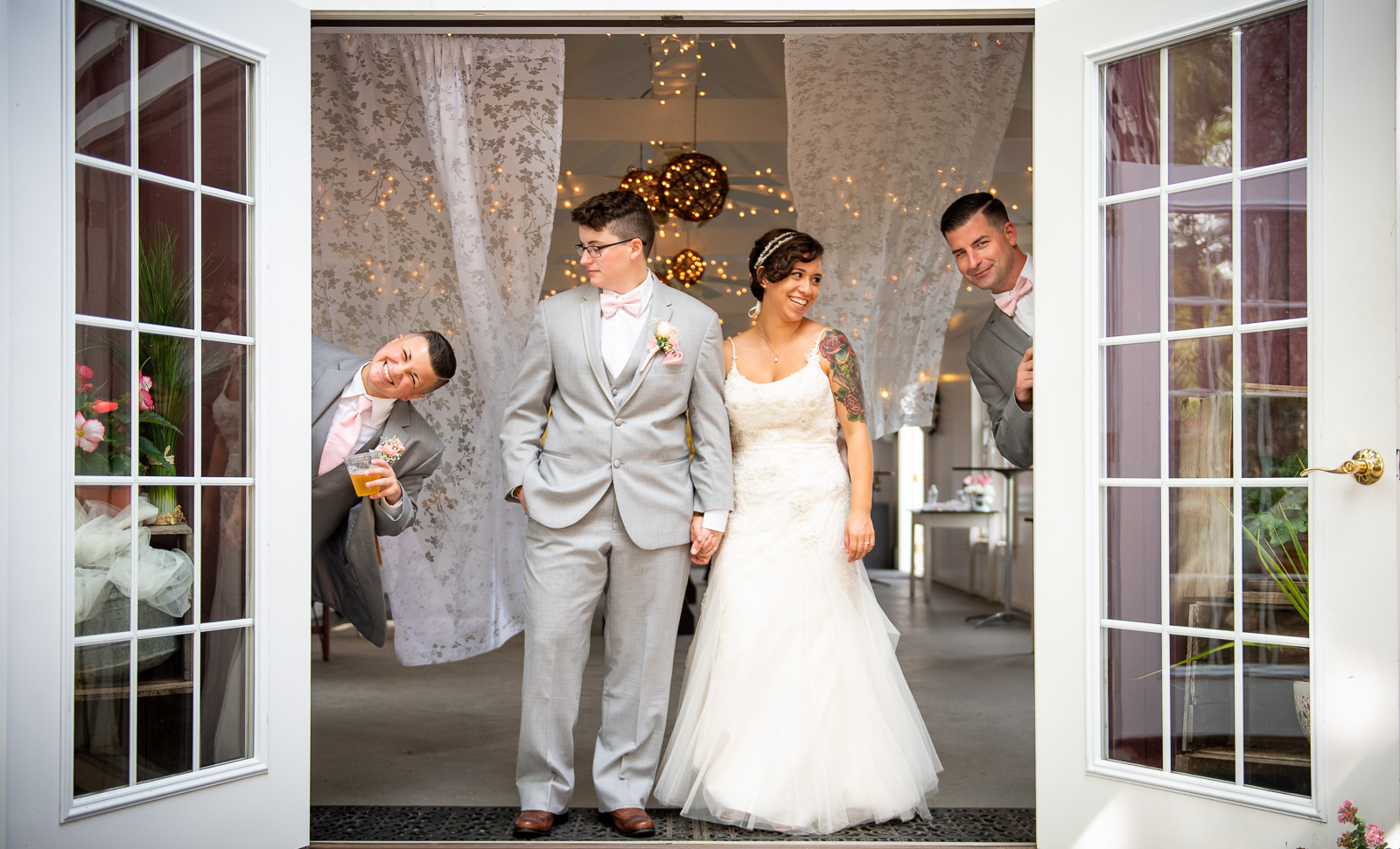 On our first call, they told us “We’ve been together less than a year, we have pet lizards, and we’re getting married.”

It’s not often you meet two people in such a young relationship and have no doubts as to their longevity. This is Taylor and Kelsey!

Taylor is from Maryland, working as a nanny and going to school for music education with an aspiration of being a choir professor. Kelsey is from New Hampshire and followed in her older brother’s footsteps, joining the army to pay for college. After boot camp in Missouri, and five months in Germany she landed at Fort Meade, Maryland.

Taylor has this amazing energy which makes everyone around her want to start hugging and laughing! Her petite frame is no match for her gigantic personality and love of life. After one Skype call, we couldn’t imagine how anyone could be immune to her magnetism!

Taylor met Kelsey on OK Cupid one year prior to their wedding. To know them, even for a moment, you’d be hard pressed to say they haven’t been together for eons. They live in Baltimore, with two bearded dragons, Cupcake and Macintosh (and now an adorable Chocolate Lab, Josie!)

First impression paints these two as shy, but within moments the laughter is contagious, inside jokes rapidly form and a relationship with them seems as natural as the one they have with each other. Like it was always meant to be. Have you ever seen anything as cute as deez? #insideJoke

Monadnock Berry Farm is understated to say the least. Tucked off a dirt road in Southwestern New Hampshire, it’s entirely easy to miss if not for the wooden signs every few miles. However, with each step further into the heart, the spirit of the valley unfolds, from the welcoming nibbles of the goats to lush green lawns, intimate farm store and an amazing view of Mount Monadnock.

The farm’s resemblance to these two brides is something just shy of perfection. It isn’t until you’re in the warm embrace of the valley that you realize how special it is and forget entirely about the long unpromising roads it took to get there. Love pervades with all the richness of the sprawling hills and captivating silence.

It’s usually around this time of the day that a bride begins to relax and realized the rumbling in her stomach. However, being a berry farm in late summer, this day was filled with enough blueberries to turn every guest’s tongue purple and lacking any desire to see a berry for weeks.

Surrounded by family from New Hampshire, Maryland and friends from all over Kelsey swept Taylor into her arms for a first dance under the tent as the children gorged themselves on berries just beyond.

It wasn’t long before the party was well under way with dancing, lawn games, selfies and blueberry studded drinks. The tent, a white light among a hillside of green, seemed to bounce along to the beat and vibrations of party goers. It was then that we stumbled upon one of our favorite memories.

The newly married couple, enjoying intimacy where they stood moments before, completely alone and never less lonely. As soon as they saw us, we were vigorously encouraged to join them. What seamed like an entire evening of chatting between old friends turned into a spirited photo shoot around the property, Taylor showing off her dance moves, Kelsey showing off her new bride.

The best part about these two? They have been a part of our lives ever since. From group text chats to Instagram tags, and hopefully a visit in the near future, we have been totally won over by their charisma and effervescence!